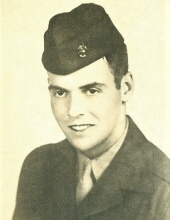 Born in Tamaqua on March 5, 1933, Chuck was the son of the late Warren and Helen (Reber) Gouldner. A 1951 graduate of the former St. Jerome High School, Tamaqua, he retired in 1997 from International Paper. Earlier Chuck drove milk trucks for different local dairies. A sergeant in the Marine Corps, he served 13 months in Korea during the Korean War. A member of The Parish of St. John XXIII, Tamaqua, Chuck had been a member of the former St. Jerome Catholic Church, Tamaqua where he was active in the St. Vincent De Paul Society. He was an avid Notre Dame fan and enjoyed Nascar, F1, and Indy car racing.

Services will be private at the convenience of the family.

Memorials in Chuck’s name may be made to the Pennsylvania Wounded Warriors, Inc., 1117 Country Club Road, Camp Hill, PA 17011 or at www.pawoundedwarriors.org.

Online condolences may be made at www.zgfuneralhome.com. Arrangements are being handled by the Zizelmann-Gulla Funeral Home and Cremation Services, Inc., Tamaqua. 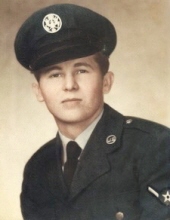 Born in Tuscarora, PA on December 10, 1934, Buddy was a son of the late Jeremiah and Ann (Krynock) McDonald. A student of the former St. Jerome High School in Tamaqua, he was of the Catholic faith. While in the Air Force during the Korean War, Buddy was a boxer and currently was a member of the Coaldale American Legion. An avid Notre Dame fan, he was quite proud of his Irish heritage. Buddy valued old school ethics, especially hard work, and displayed that when working for the Lehigh Coal and Navigation Company in various capacities over the years. He was a faithful supporter of both the Shriners and St. Jude Children’s Research Hospital.

In addition to his parents and wife, he was predeceased by sister, Mary Rose Slotwinski and brother, James McDonald.

Services will be announced when finalized. Memorials in his name may be made to Memorial Processing – St. Jude Children’s Research Hospital, 501 St. Jude Place, Memphis, TN 38105-9959 or www.stjude.org. COVID-19 protocols will be followed.

Online condolences may be made at www.zgfuneralhome.com. Arrangements are being handled by the Zizelmann-Gulla Funeral Home and Cremation Services, Inc., Tamaqua. 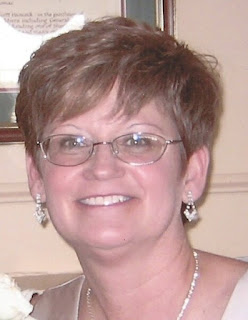 Born in Pottsville, PA on October 19, 1954, she was a daughter of Glenn Kerschner, of Cressona, and the late Jane (Mengel) Kerschner.

She was the loving wife of Dennis M. Gehman.

Glenda was a 1972 graduate of Blue Mountain High School.

Glenda had worked for IBM, and had also worked as a school bus driver.

A Celebration of Life Memorial Service will be held on Friday, January 21st at Geschwindt-Stabingas Funeral Home, Inc., Schuylkill Haven, at 10:30 a.m. with Reverend Rod Sutliff officiating. A viewing will be held from 9:30 a.m. until the time of service.

In lieu of flowers, donations in Glenda’s memory can be forwarded to the American Cancer Society, please place Pancreatic Cancer Research on the memo line of your check and mail to P. O. Box 22478, Oklahoma City, OK 73123.

Interment will be privately held. 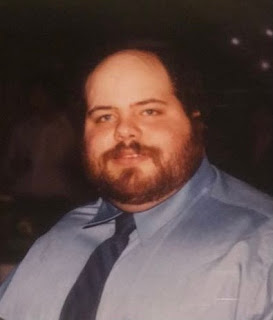 Born in Pottsville, June 29, 1968. Preceded in death by his parents Dave and Carol, grandchildren: Autumn, Lilly and Bentley and sister Wendy.

Surviving are his wife Michelle (Heckman) Furman, 2 daughters Ariel and Amber Furman; granddaughter Journee Furman; brother Mark Furman; Godchildren Alyssa Sieck and Zachary Furman; and many others that will miss him dearly.

Brian was an Electrician most of his life, owner of Furman Electric for some time. Currently works for Black Rock Truck & Equipment, and during the winter Ron Troy Plowing & Snow Removal. Furmy was an active Fireman for over 30 years. He is the current President of the Altamont Fire Co.

Funeral Service will be held at 7:30 PM Friday, January 21, 2022 from Nice- Hart Funeral Home, Inc, 9 North Lehigh Avenue Frackville. The Rev. Carl Shankweiler will be officiating. Friends may call from 6:00 PM – 7:30 PM Friday at the Funeral Home, Inc. In lieu of flowers, contributions may be made to Altamont Fire Co. PO Box 409 Frackville, PA 17931.

Born Nov. 26, 1951, in Pottsville, she was a daughter of the late Rose and Nicholas Thoryk.

Helen was the owner of Helen Probition Beauty Salon, Frackville.

She was a member of the former St. Ann’s Roman Catholic Church, Frackville.

In addition to her parents, she was preceded in death by her son, Edward Probition.

Service will be private at the convenience of the family. In lieu of flowers, contributions may be made to Hillside SPCA, P.O. Box 233, Pottsville, PA 17901, where Helen volunteered for many years and ran the cat room. 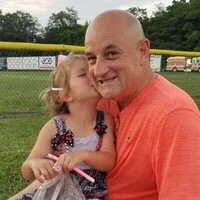 Born in Shenandoah, he was a son of the late Joseph and Joanne Lawson Kline.

Bryan enjoyed playing the drums and was an avid bike rider.

In addition to his parents, he was preceded in death by his three brothers: Ricky, Mark and Stephen Kline.

Private funeral services will be held at the convenience of the family.

Thomas M. Sullivan Funeral Home Inc., Frackville is in charge of the arrangements. 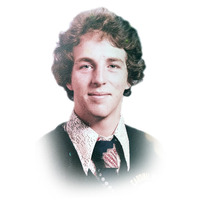 Born in Pottsville, he was a son of the late Harry and Alice Byrnes Purcell. He worked as an equipment operator for PennDOT and had last worked as a forklift operator.

Pat was a 1983 graduate of the gformer Cardinal Brennan High School, Fountain Springs. He enjoyed fishing and spending time on the front porch with his brother Bern. Pat was an avid baseball fan and liked following the Philadelphia Phillies.

In addition to his parents, he was preceded in death by his brother Thomas “Skip” Purcell; his nephew, Michael Manbeck and his beloved dog, Ginger.

Funeral services will be held at 11 a.m. on Saturday, January 22nd from the Thomas M. Sullivan Funeral Home, Girardville with Rev. Brian Miller. Friends are invited to his visitation from 10 a.m. until 12 noon Saturday morning at the funeral home. Interment will be private.

In lieu of flowers, memorial donations can be made, in Patrick’s name, to the Girardville Basketball Association C/O Paul Kowalick 250 N. 2nd Street Girardville, PA 17935.

Thomas M. Sullivan Funeral Home Inc., Girardville is in charge of the arrangements. 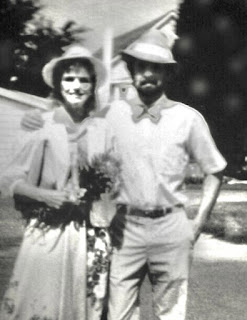 Heaven gained two beloved souls. George (Jake) K Anderson passed away on December 21, 2021, within a week of losing his beloved wife of 36 years, Pamela (Annie) Anderson. In being a total gentleman, Jake always said ladies before gentlemen, and given the way they lived their lives, devoted solely to one another, it seems the right way for things to end.

Funeral arrangements are being made by Dimon Funeral Home and Cremation Services, Inc. in Tower City, PA. In honoring George and Pam’s Serbian orthodox traditions, a Parastos service will be held on Monday, January 24th at 10 am at Holy Resurrection of Christ Serbian Eastern Orthodox Church, 116 E Weidman St., Lebanon, PA 17046. Burial will be at Grace Evangelical Cemetery in Muir, Pennsylvania. 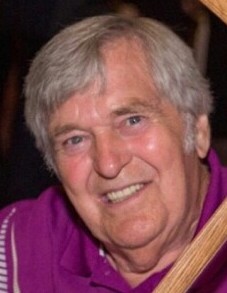 Born in Sheridan, December 26, 1941, a son of the late Walter and Gertie Dunleavy Evans. Harry was a 1959 graduate of the former Porter Tower High School.

He was retired from TYCO, Lickdale.

Harry was a member of the St. Peter’s United Church of Christ, Orwin and the Orwin Fire Company.

His family was the center of his world and was extremely proud of them. He enjoyed woodworking, making his famous wine that received numerous ribbons at local fairs, listening to Elvis Presley, gardening, hunting, fishing, and collecting coins.

In addition to his parents, he was preceded in death by two sisters, Betty Yerger and Alma Updegrave and a brother William Evans.

Funeral services will be held Friday, January 21, 2022 at 2:00 pm from the Chapel of the Dimon Funeral Home, Inc., Tower City with Rev. Maureen Duffy-Guy officiating. Burial will be in the St. Peter’s Cemetery, Orwin. Viewing will be Thursday evening from 6-8 pm and Friday from 1-2 pm at the chapel.