New mosaic at SS. Cyril and Methodius ties parish to its biblical and Slovak roots

Fr. Libor Marek, right, who leads the Catholic community at SS. Cyril and Methodius (Slovak) Parish in Sterling Heights, stands with Fr. Kamil Drab in front of a section of the new mosaic that the parish commissioned Fr. Drab to create. The mosaic, which wraps around the entirety of the sanctuary, depicts scenes from the Old and New Testament, images of the parish’s patron saints, and images of the former church buildings. (Photos by Gabriella Patti | Detroit Catholic)

STERLING HEIGHTS — In 1918, a small wooden church was established in downtown Detroit to minister to Slovak immigrants arriving in the bustling American city.

Within a decade, SS. Cyril and Methodius (Slovak) Parish had upgraded to a larger, beautiful church full of art, statuary and decorations. In 1988, the parish had outgrown its building, and a new church was built on 18 Mile and Ryan roads in Sterling Heights — but much of the former church’s beauty was left behind.

A century later, with the parish thriving, SS. Cyril and Methodius parishioners began to reminisce and brainstorm ways to recapture the former Detroit church’s beauty. Parishioners who remembered the 1988 move recalled plans to re-decorate, but with the passing of time, a lack of resources and a need to focus on other projects, many of the plans weren’t pursued.

Recently, the parish’s current priest, Fr. Libor Marek, and his associate, Fr. Juraj Nuota, decided to revisit the vision. Through a connection back home in Slovakia, they contacted Fr. Kamil Drab, a self-described “artist priest,” and commissioned a new mosaic for the church. 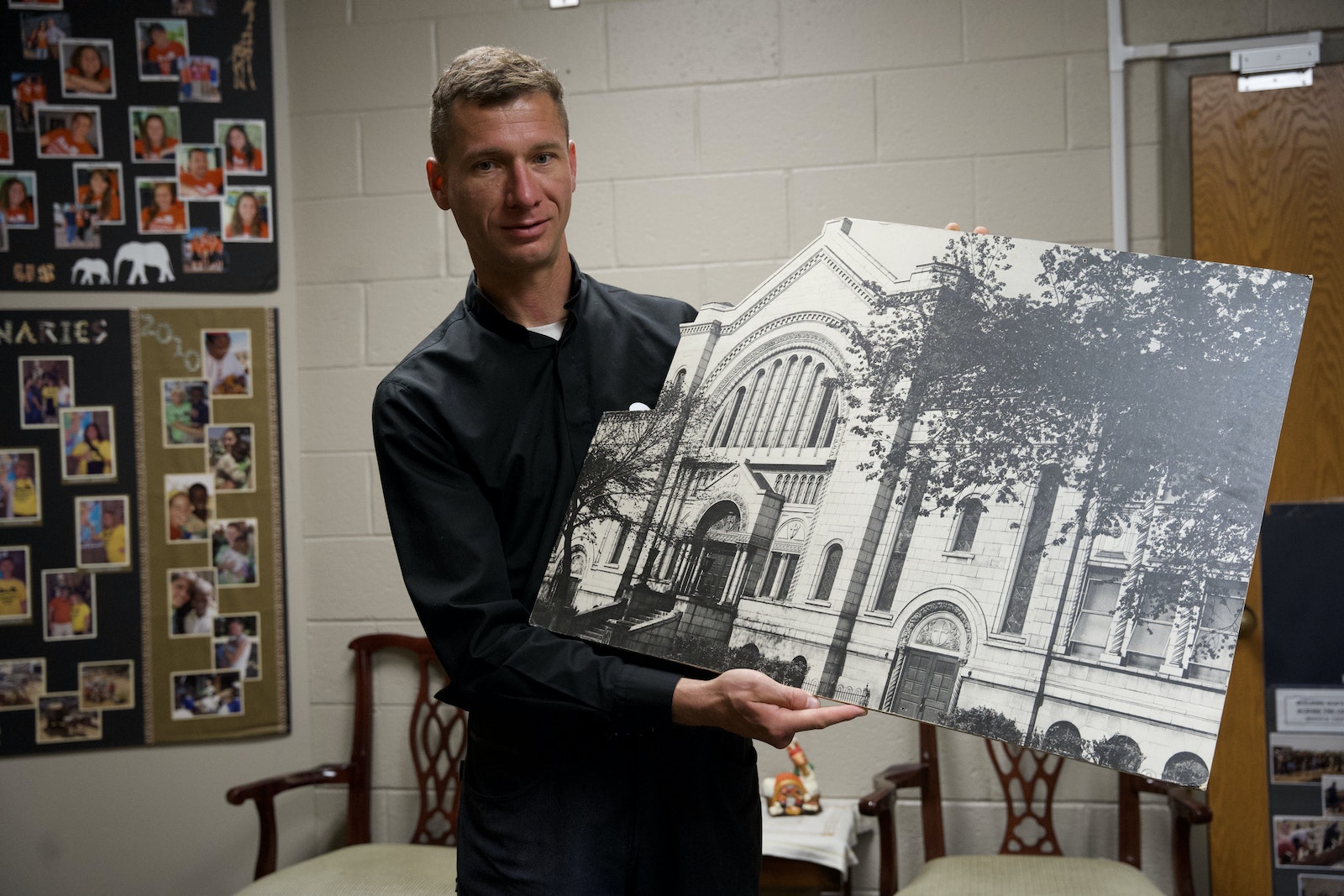 Fr. Malek holds a cutout image of the second brick church. Many of his current parishioners attended this church before the parish moved to current building in 1988, and still talk about how beautiful it was. 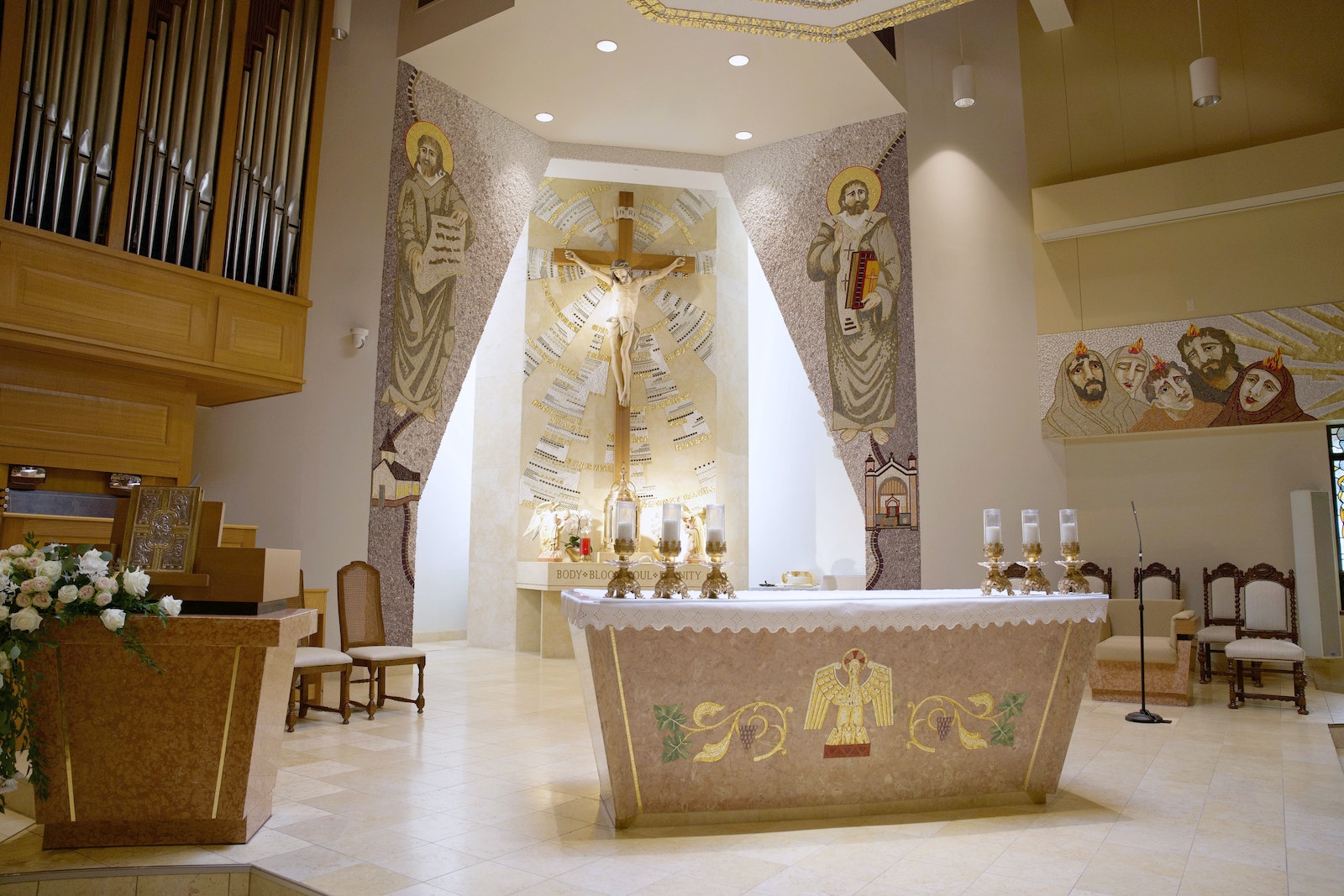 The altar is now flanked by images of SS. Cyril and Methodius, the patrons of the Slovak people. An image of the small wooden church that was first built by Slovak immigrants in the city of Detroit in 1918 is to the left of the altar. On the right is an image of the second structure, which remained the parish’s home until 1988 when the community moved from the city to the suburbs.

It took three years of going back and forth to complete the plan for the mosaic, which wraps around the sanctuary and walls of the church’s drop-ceiling, telling the story of salvation from the creation of Adam and Eve to the coming of the Holy Spirit at Pentecost.

While the planning took three years, the mosaic took a year to build, and installation was completed after a few weeks in mid-September. Auxiliary Bishop Robert J. Fisher blessed the new installation Sept. 18.

The mosaic, which features images from the Bible and depictions of the two prior church buildings, brings more life to the parish, Fr. Marek told Detroit Catholic.

“Prior to the mosaics, multiple walls were really plain,” Fr. Marek said. “There wasn’t much decoration. We had some statues, but (the mosaic) really brought more colors, more life to the church. And the mosaic shows our patrons, SS. Cyril and Methodius. It shows the two churches we had before: the small wooden church and the large brick church. So it connects us with the history (of the parish). It shows scenes from the Old Testament, the New Testament, which connects us with the biblical history.” 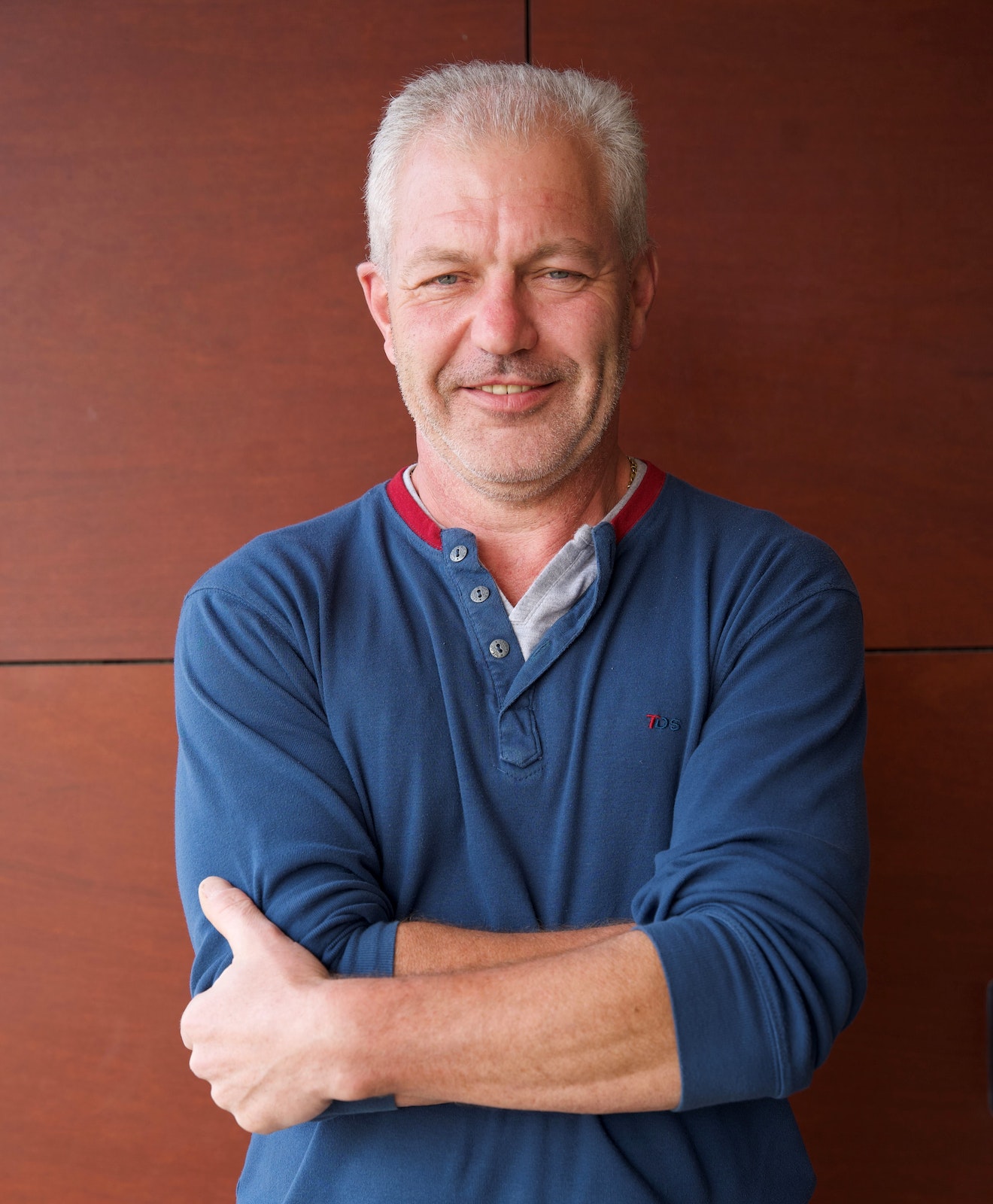 Fr. Kamil Drab has long been an artist, but he didn’t start creating mosaics until approximately 15 years ago. Recognizing his talent as an artist, his bishop sent him to the Vatican to study the art of mosaic for two years.

The biblical scenes wrap all the way around the church’s interior, starting with the fall of Adam and Eve and ending with Pentecost. In between, different panels feature Noah’s ark, Moses and the Ten Commandments, the Annunciation, the Baptism of Jesus, Jesus’ first miracle during the Wedding at Cana, several parables, and the Last Supper.

Only the upper portion of the figures’ bodies are depicted, which is intentional, Fr. Marek said.

“This is so that if you imagine that the person is extended, those people will be standing right in the middle of the congregation,” Fr. Marek explained. “So we have these biblical scenes and biblical characters standing with us. So I think it’s a nice way for people to relate to these biblical scenes.”

Around the tabernacle are images of SS. Cyril and Methodius, the patrons of the Slovak people, in addition to depictions of the former church buildings. In total, the mosaic measures 130 square meters (426.5 square feet), Fr. Marek said. 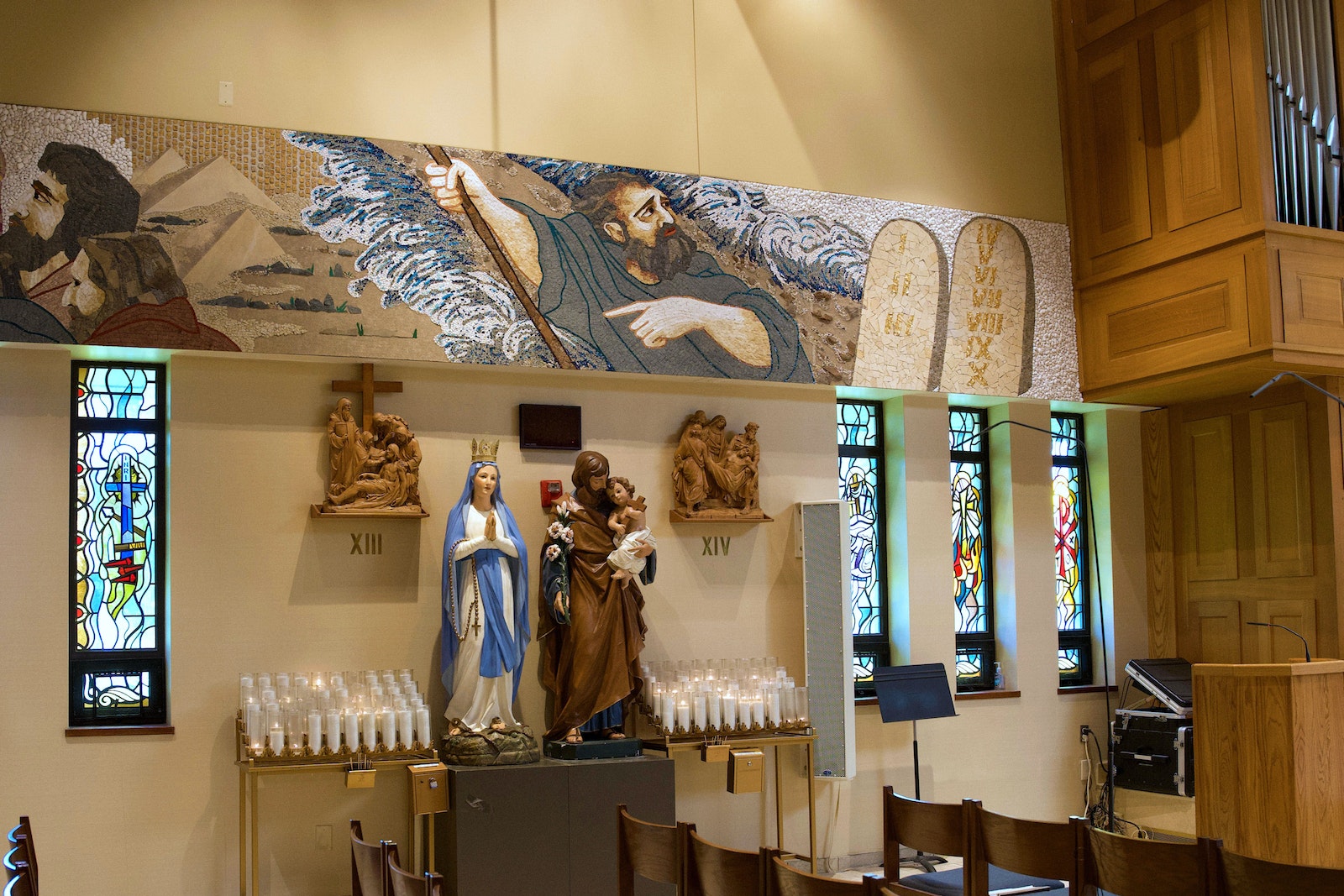 A panel of the mosaic depicts Moses with the Ten Commandments, with the Red Sea parted behind him. 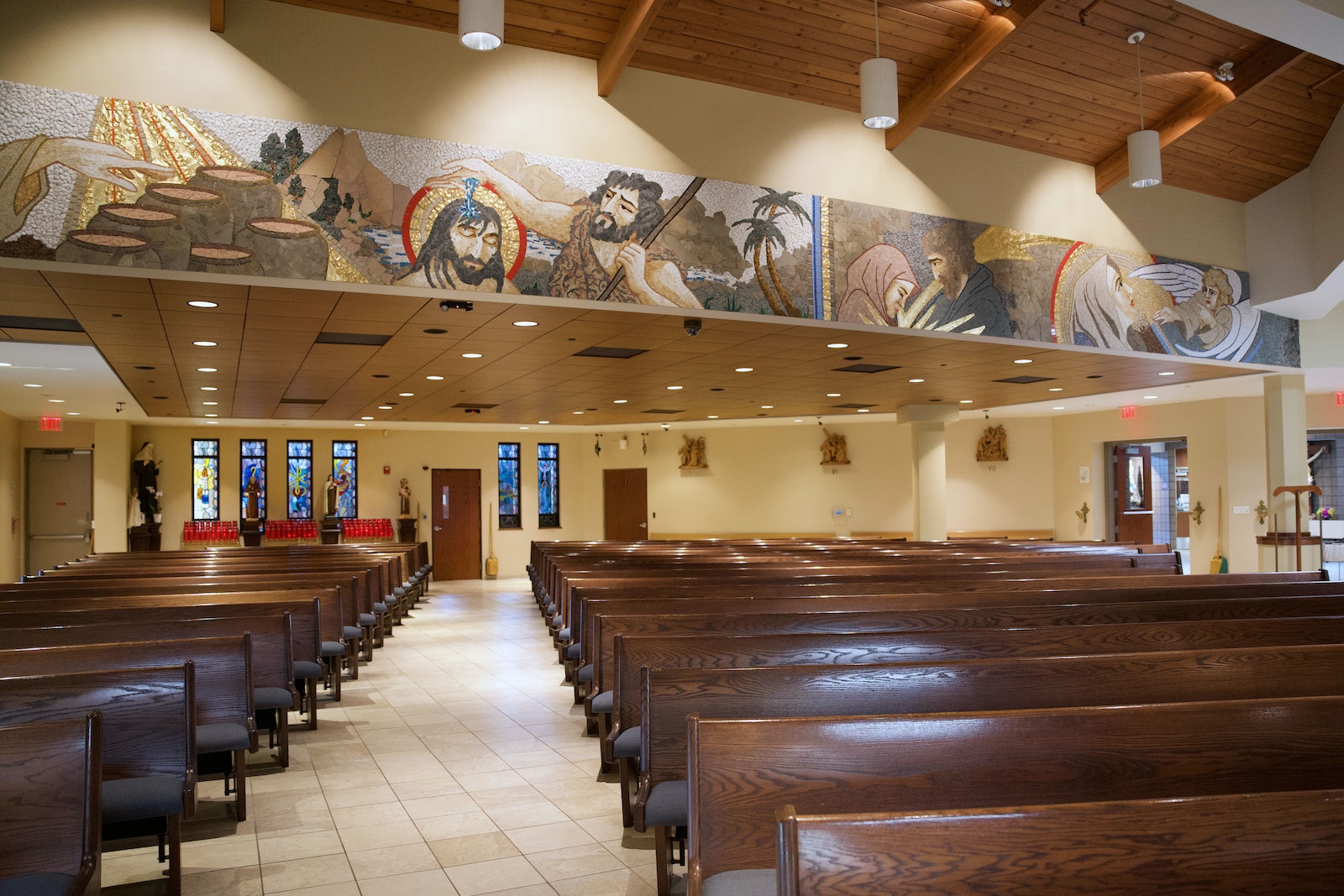 Fr. Drab has long been an artist, but he didn’t start creating mosaics until approximately 15 years ago. Recognizing his talent, his bishop sent him to the Vatican to study the art of mosaic for two years.

After visiting SS. Cyril and Methodius in 2019 and finalizing the plans with Frs. Marek and Nuota, Fr. Drab returned home to prepare the mosaic in Slovakia with stones from Slovakia and Italy.

While Fr. Marek said the percentage of Slovaks at the parish has shrunk over the years, Fr. Drab did include a nod to Slovakia in the mosaic.

“The mosaic on the right side of the Church is about the New Testament — it’s the salvation (history) continuing the Old Testament,” Fr. Drab explained. Following depictions of the Annunciation, the Nativity and several miracles and parables, Fr. Drab chose to depict Our Lady of Sorrows, her heart pierced by seven swords. She also is wearing the Slovak flag. 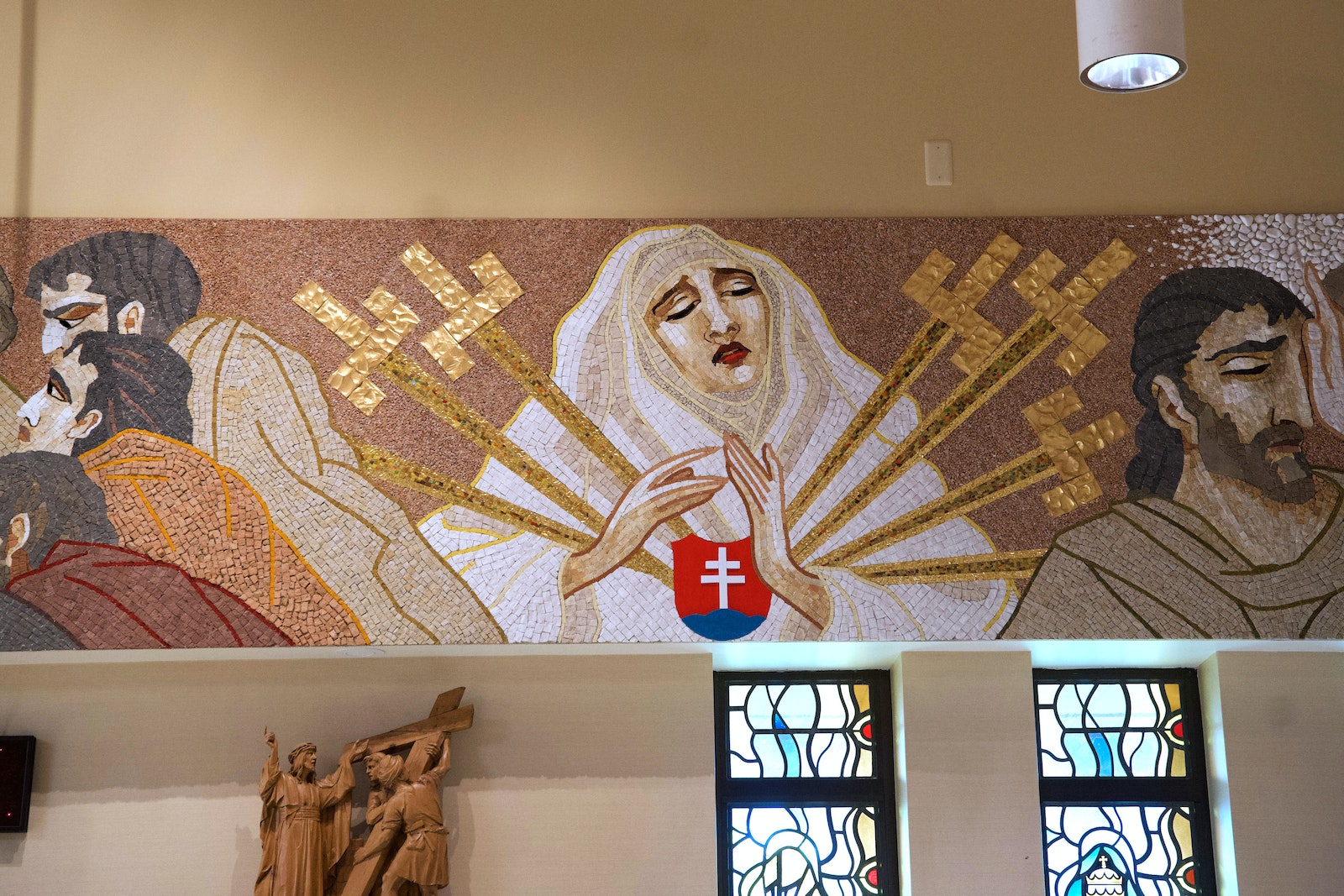 Fr. Drab chose to include an image of Our Lady of Sorrows, her heart pierced by seven swords. She is also wearing the Slovak flag.

“It shows her as being full of pain,” Fr. Drab explained. “She is the patron of Slovakia. The flags are remembering the heritage that belongs to the Slovak nation.”

Fr. Drab intentionally chose not to show the Christ child in the nativity, nor did he depict the crucifixion.

“I decided not to show baby Jesus because I don’t want to turn the church into a gallery, with people focused on taking pictures and videos,” Fr. Drab explained. “You have to be active. I wanted to help start the process of people trying to find Christ Jesus. So I don’t show the baby because I wanted the people to try to find him in the Mass.”

While Fr. Drab doesn’t want to distract from the Eucharist, he said art is essential to feeding the hearts and minds of human beings. 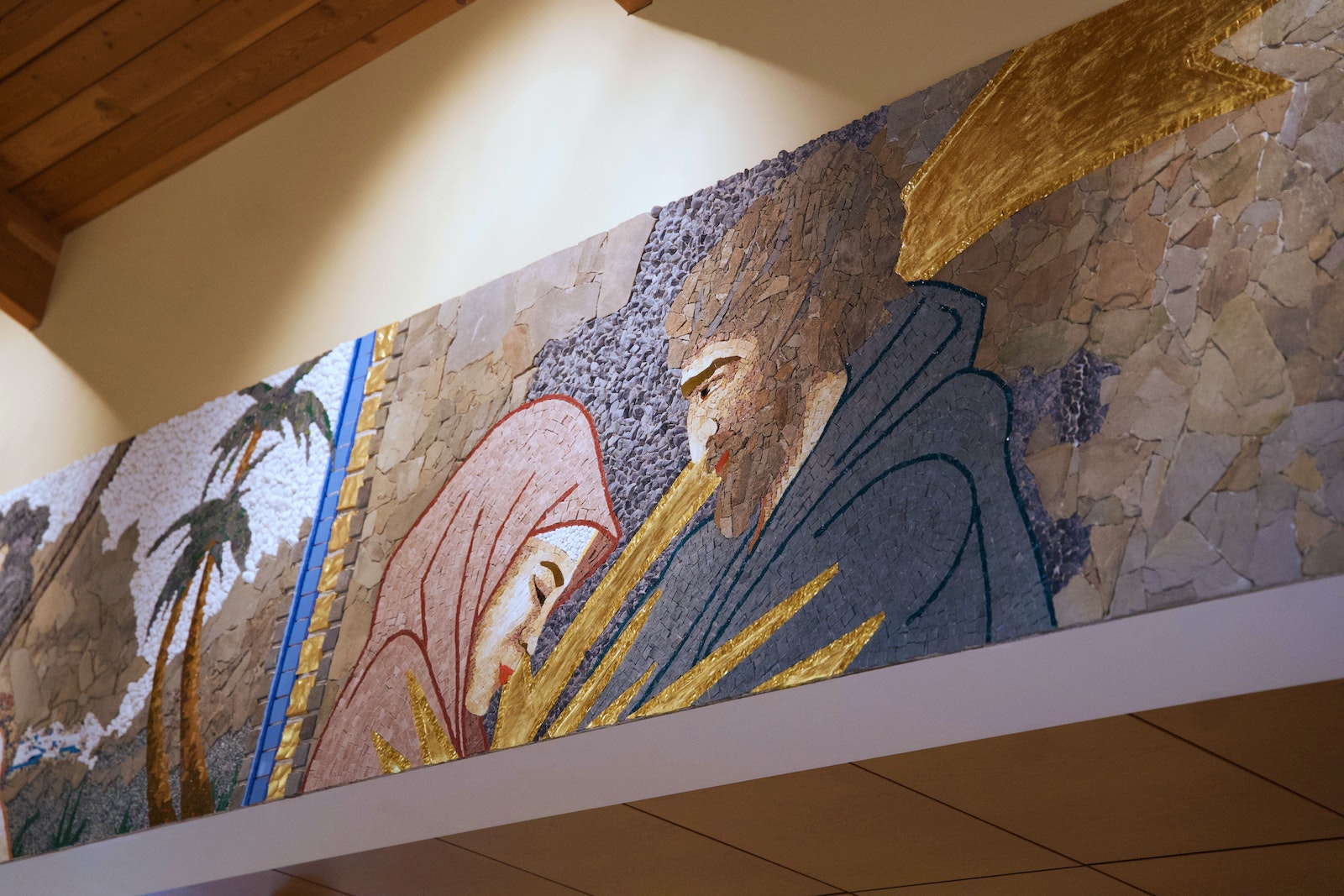 Fr. Drab’s depiction of the Nativity of Jesus purposefully doesn’t show the Christ child. The reason, he said, is to direct viewers’ gaze to where they can continually find Jesus in the sanctuary: in the holy Eucharist.

“Thirty, 40 years ago in Europe, the Church decided that there should be nothing in the church but the Eucharist because that is the most essential point. So in this process, they took away the statues, the pictures, the flowers, and the candles, saying that this all was distracting,” Fr. Drab said. “This process was stopped because we found out this thinking was incorrect because, in order to love Jesus, to try to walk with him, we also have to see or feel something beautiful.”

So far, Fr. Marek said, parishioners love the mosaic, with some even moved to tears upon seeing it.

However, Fr. Drab is quick to point out, the most important thing is that viewers find God in the artwork.

“Every one of us sees and feels the same thing differently because we are different people, we have different emotions,” Fr. Drab said. “A few days ago, I was saying Mass, and I said to the people, ‘For me, it is not most important if you like the mosaic, but that through the mosaic, God can touch you.’ So this means that everyone sees the mosaic differently, in their own way.”

For a panoramic video of SS. Cyril and Methodius’ new mosaic, visit YouTube. 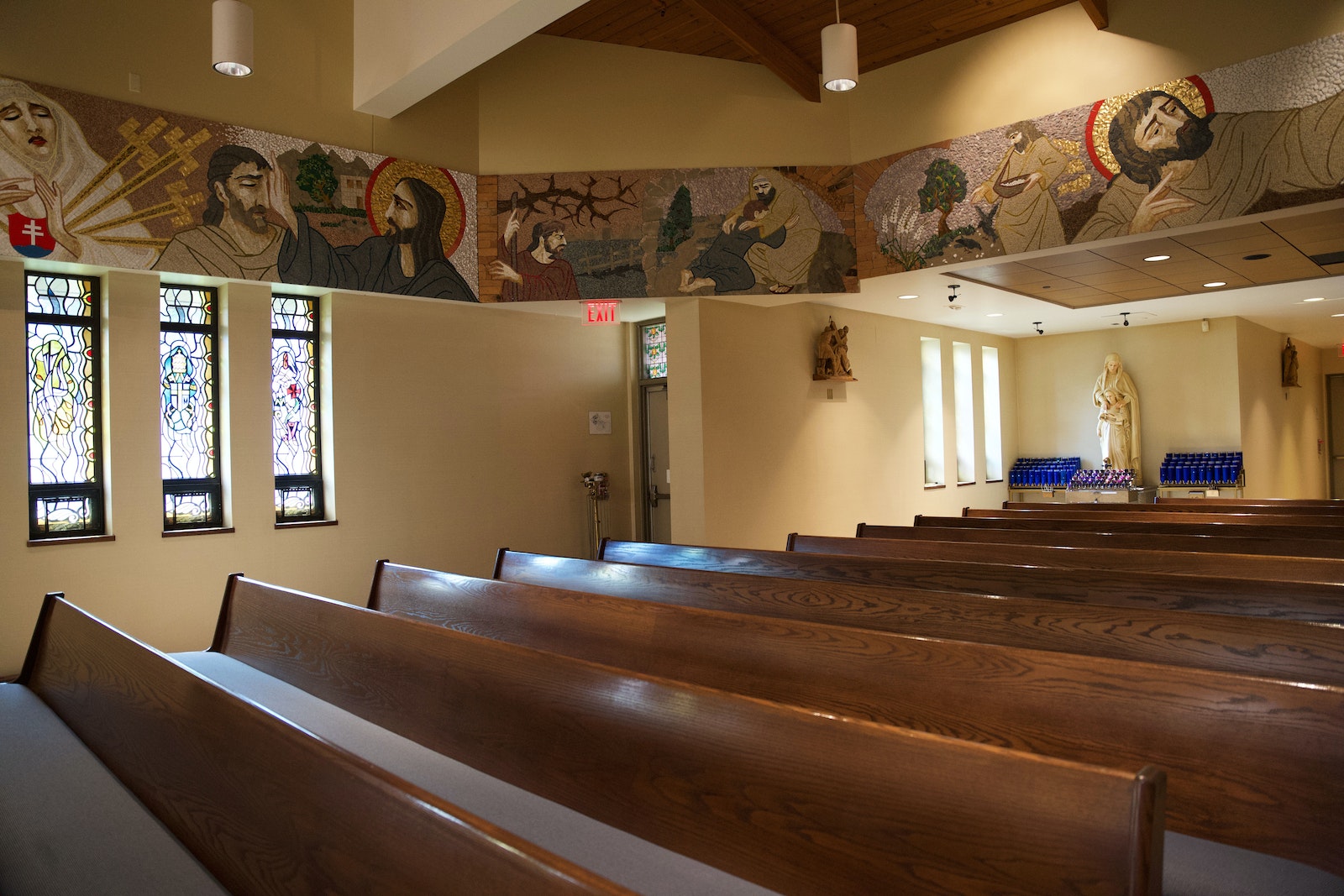 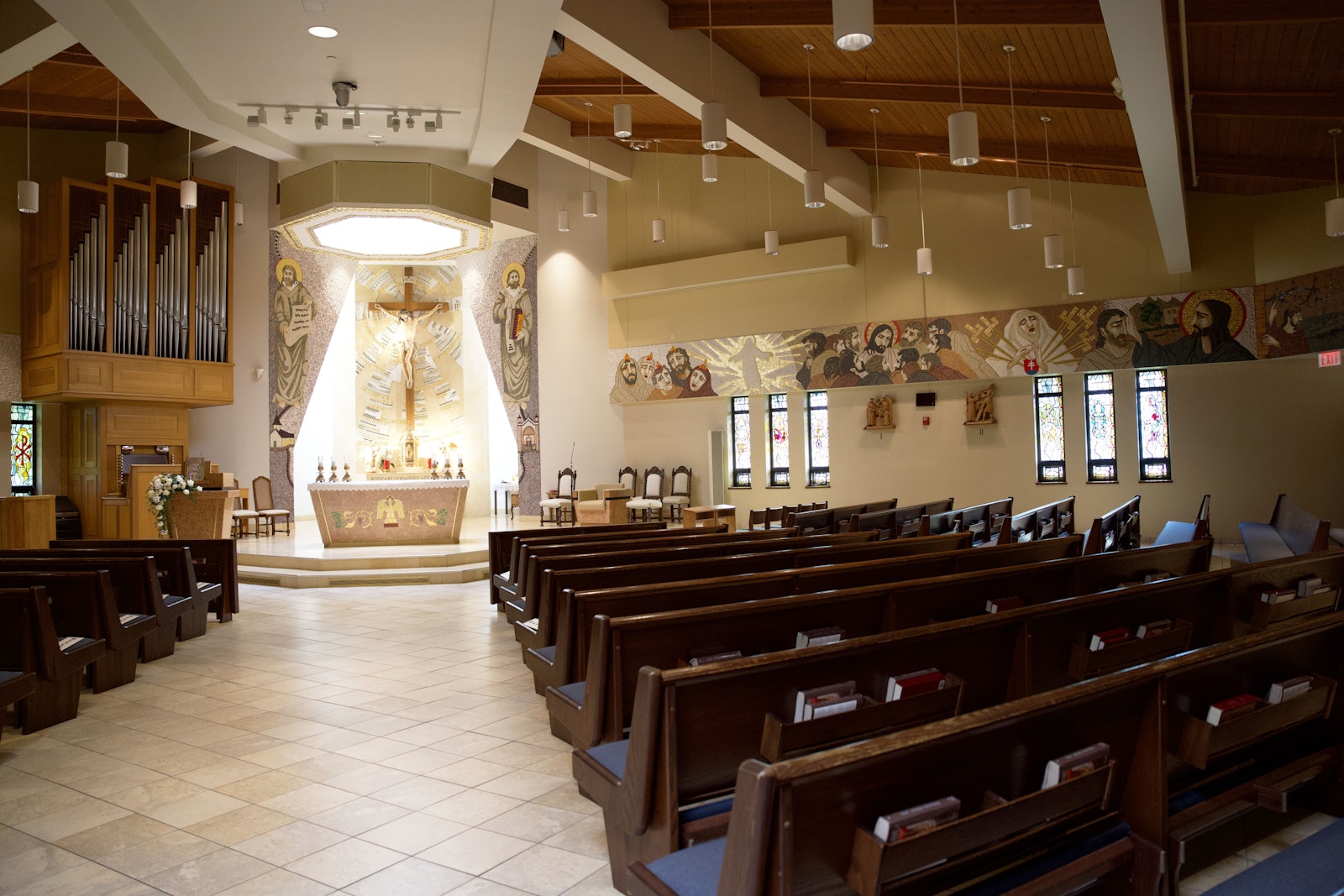 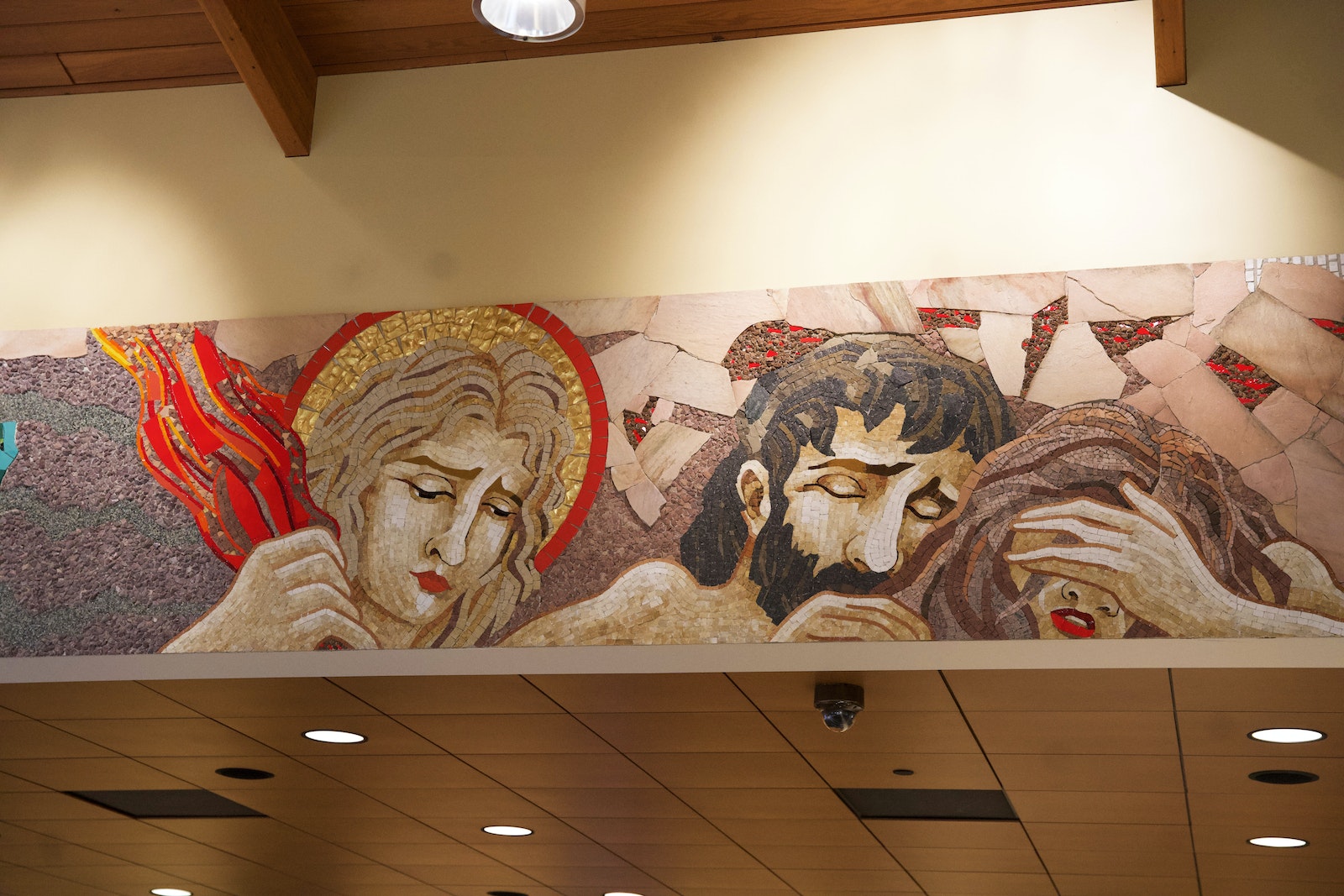 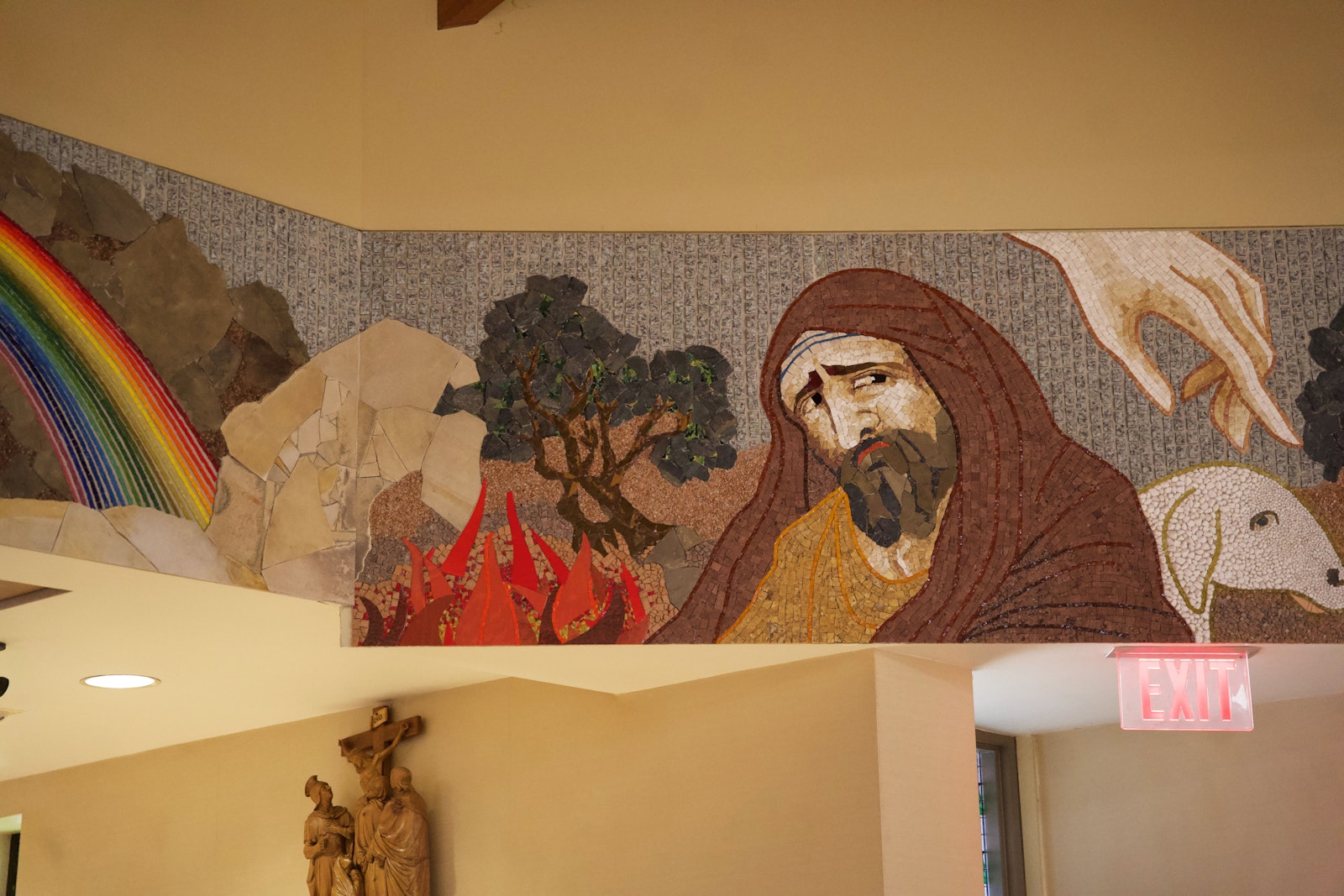 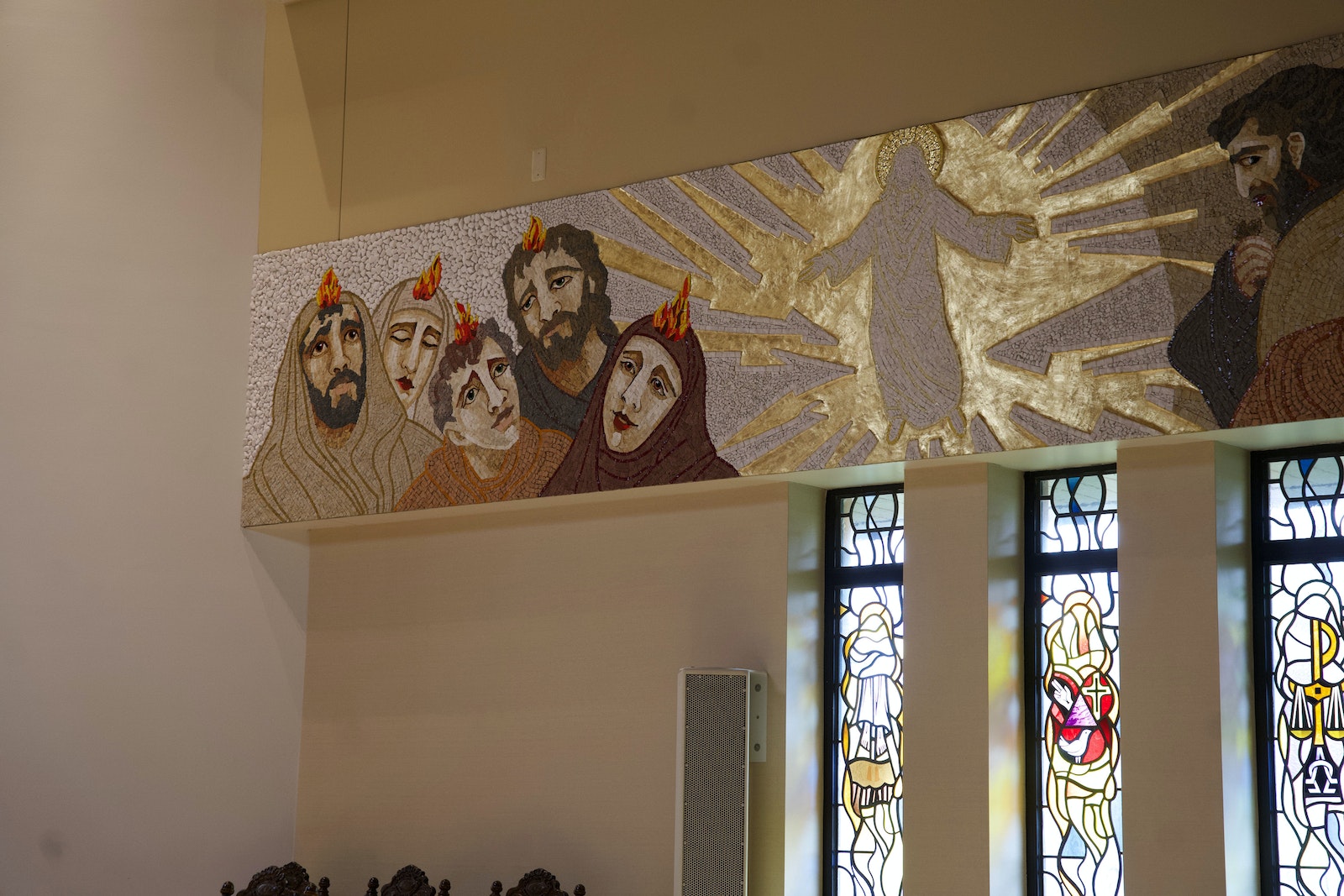 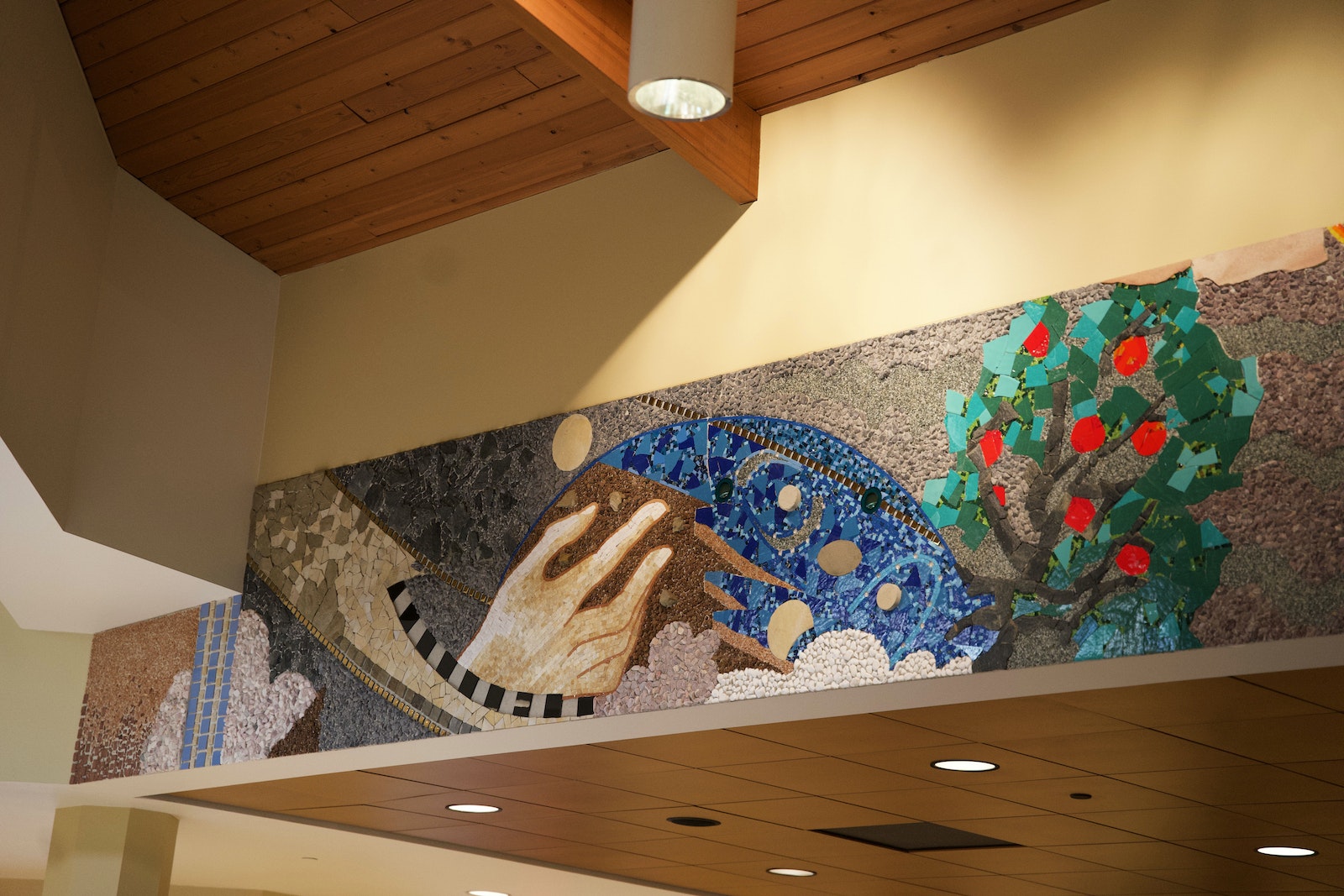 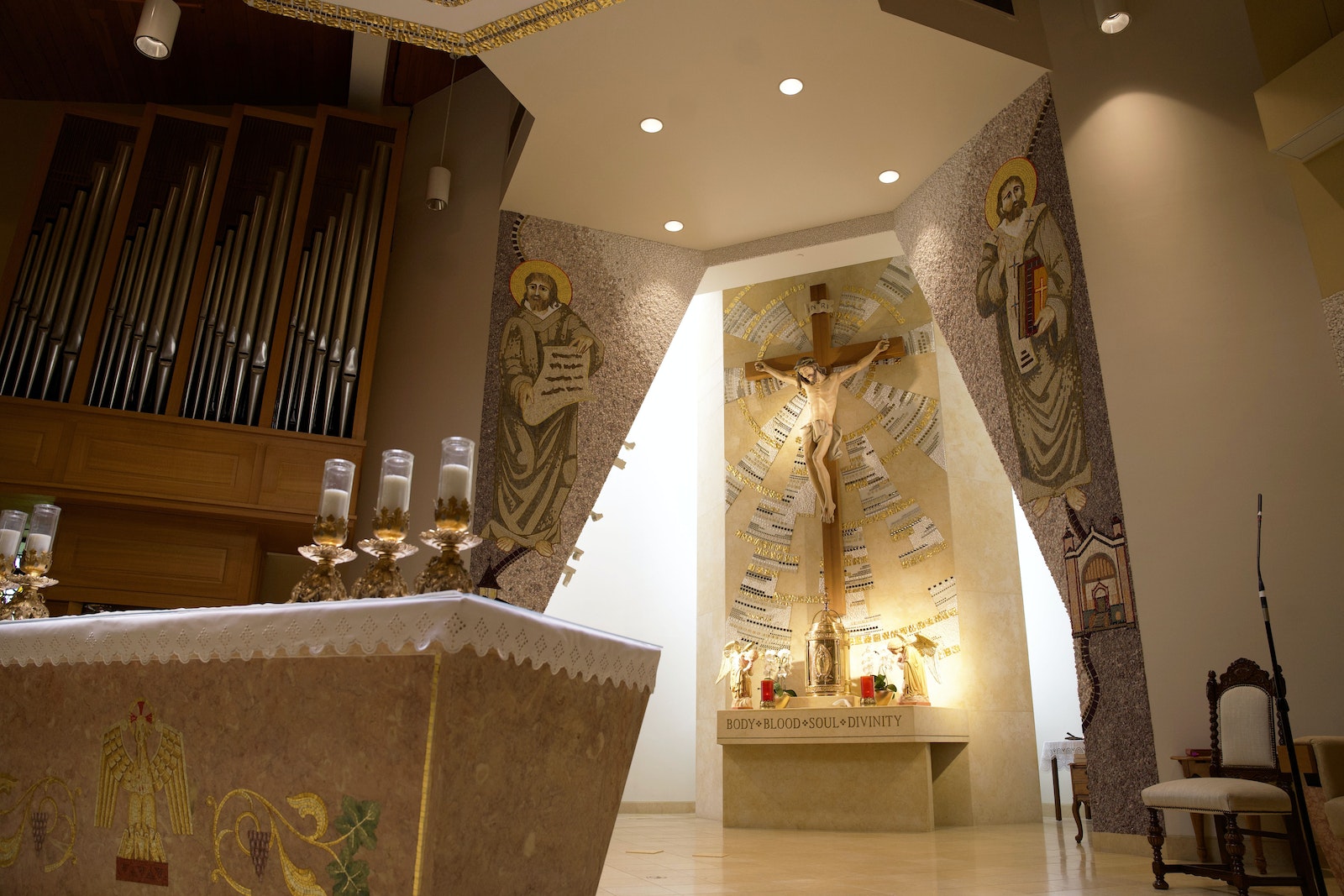 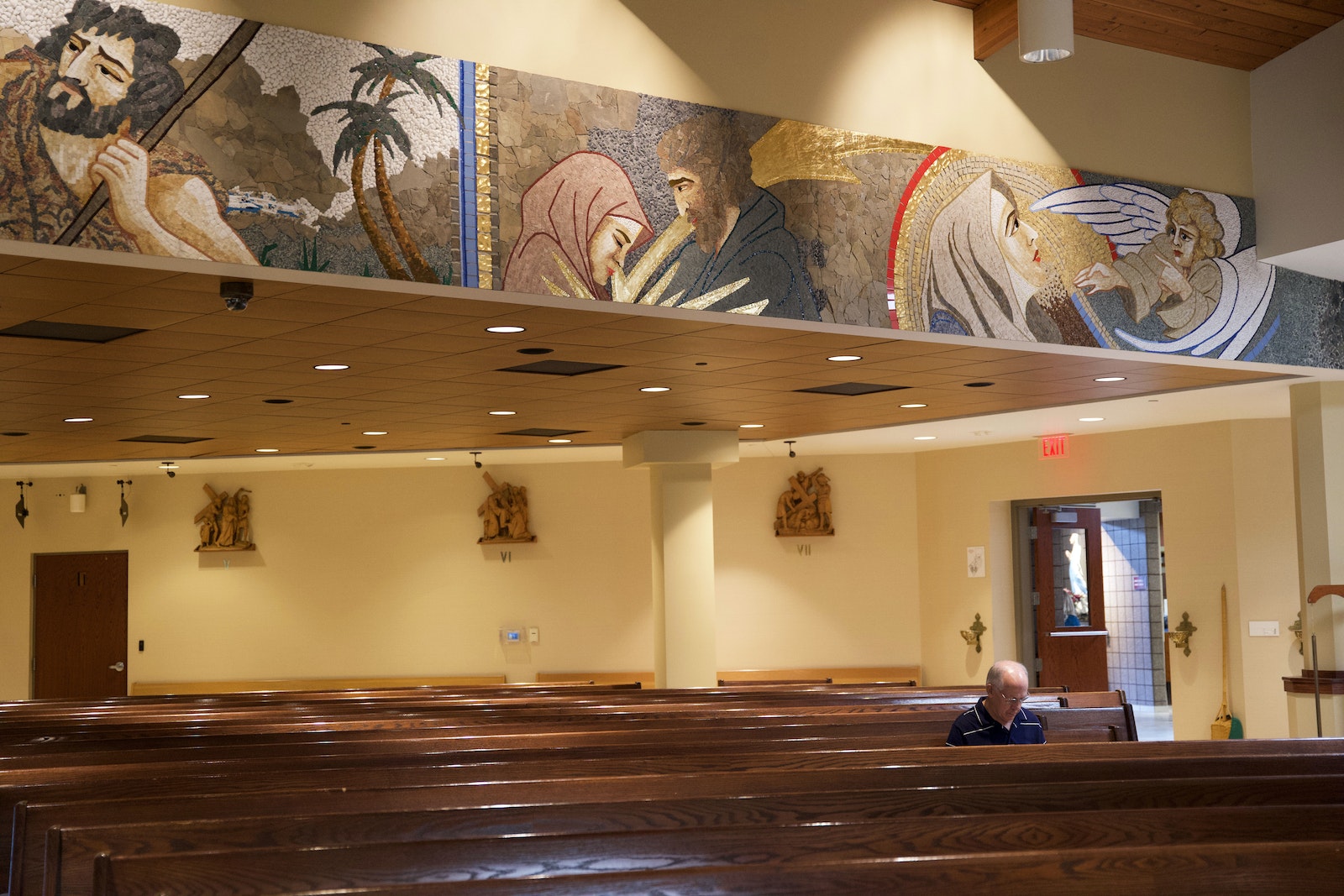 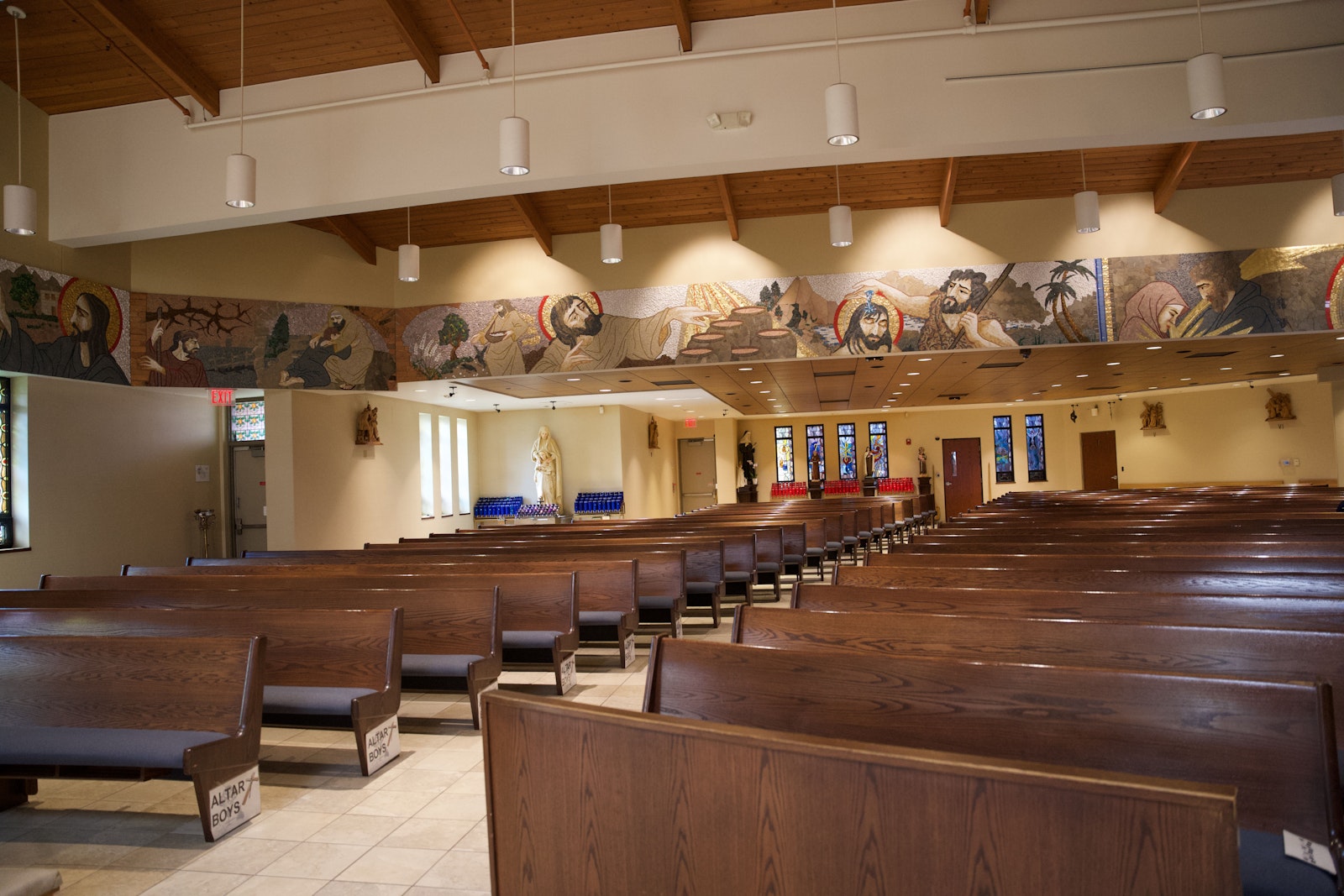 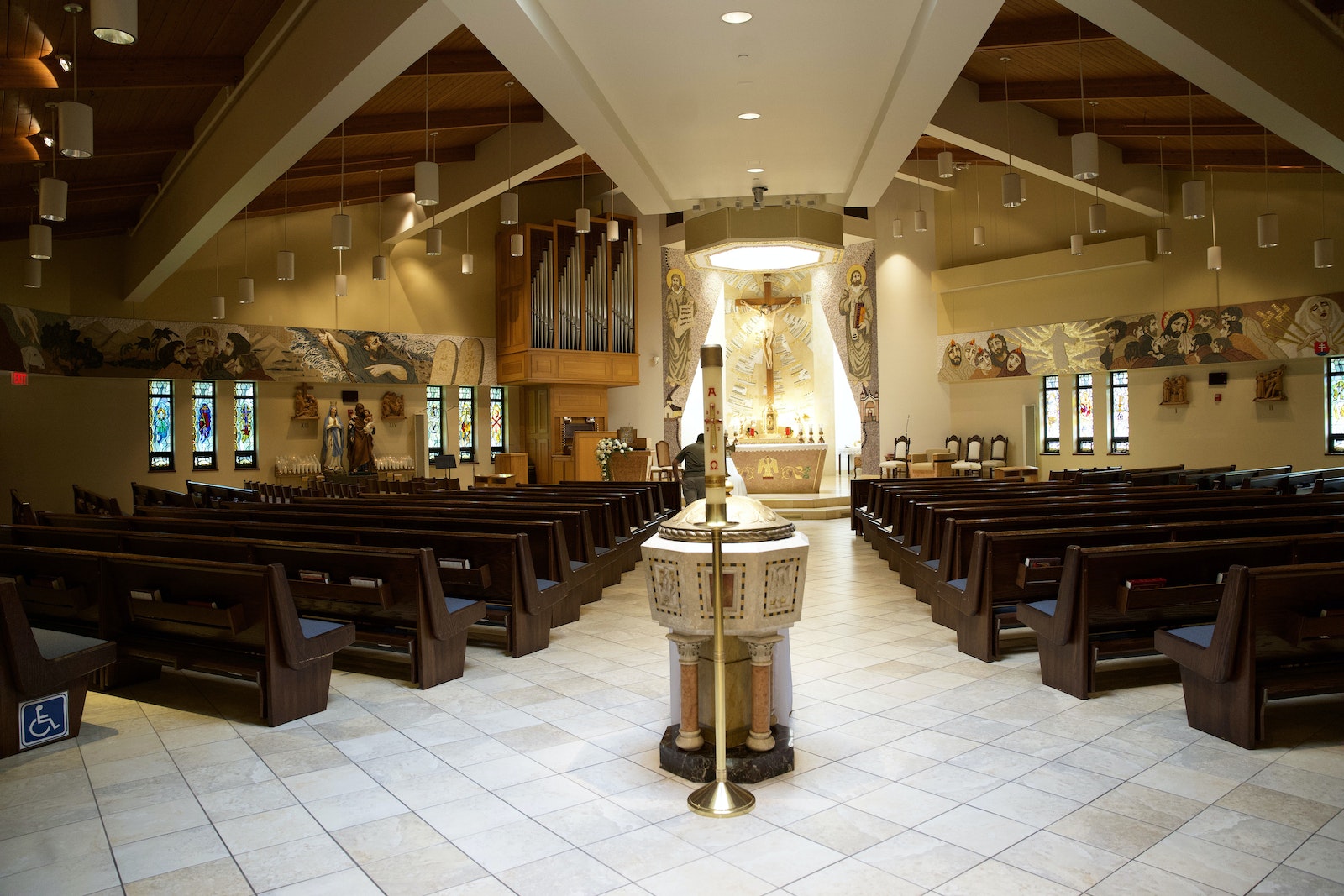