Radical Muslims accused Father Susetyo, a member of a presidential unit promoting communal tolerance, of stoking religious violence by meddling in the affairs of the Indonesian Ulema Council.

Father Antonius Benny Susetyo, a member of a presidential unit promoting communal tolerance, speaks at a seminar in Jakarta in this file photo. (Photo supplied)

Last week police arrested Ahmad Zain An-Najah, a senior official of the council, for his alleged ties with the Jamaah Islamiyah, a terror group responsible for a series of attacks across Southeast Asia.

Father Susetyo criticized the council for allowing An-Najah to hold a post in the organization. Both Christian and Muslim lawyers from the Archipelago Lawyer Movement have defended the priest and criticized unwarranted attacks against the priest on baseless allegations.

Ireland-based human rights group Front Line Defenders has honored individuals and organizations from six countries for their fearless defense of rights amid threats and violence. The group announced the winners of the 2021 Front Line Defenders Award for Human Rights Defenders at Risk on Wednesday.

This year’s laureates are Mother Nature Cambodia, Palestinian youth activists Sami and Sameeha Huraini, land rights activist Aminata Fabba from Sierra Leone, Aleh Hrableuski and Siarhei Drazdouski from Belarus who advocate for rights of people with disabilities, anti-racism campaigner Mamadou Ba from Portugal and women’s rights defender Camila Moradia from Brazil. They have withstood various forms of harassment, intimidation and threats, including violence, detention and jailing, for their activism. 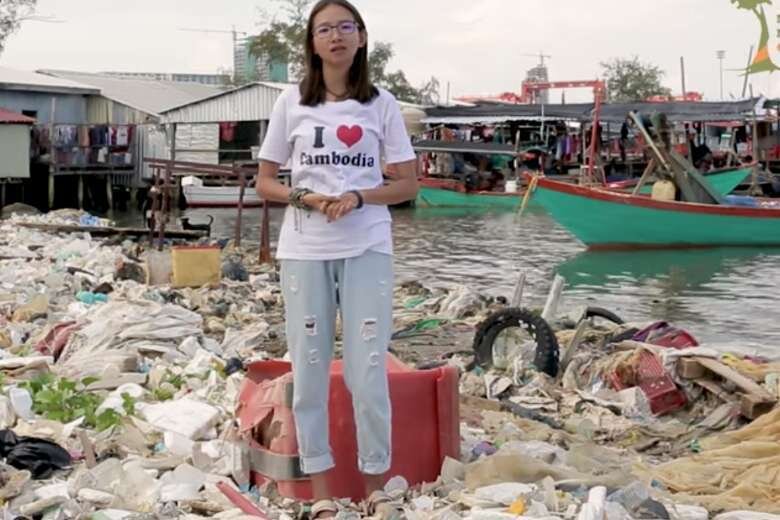 Mother Nature Cambodia has campaigned relentlessly for the preservation, promotion and protection of Cambodia’s natural environment.

This year three young activists from the group were jailed for 5-10 years for their campaigns on various issues including pollution and illegal logging in protected areas.

The suicide rate in Thailand among teenagers has significantly increased Thailand, with experts pointing fingers at rising stress and desperation due to the coronavirus pandemic and economic problems. The nationwide suicide rate has risen to 7.37 per 100,000 people from 6.64 the year before.

While youngsters commit suicide out of depression over their situation at home and school, millions have faced mental stress due to the economic fallout of the pandemic. A model films a video for social media with a Honda motorcycles employee at the 42nd Bangkok International Motor Show in Thailand on March 26. (Photo: AFP)

In a shocking case on Nov. 15, a 34-year-old woman left her three-year-old daughter on a bridge at a motorway near Bangkok at night and jumped to her death into a canal.

The single mother had been experiencing emotional and financial problems. A 2019 study found that Thailand had the highest rate of suicides within the ASEAN countries.

A group of Catholic lawyers in the Philippines provided cash and grocery packs to drivers of Manila’s iconic jeepney buses who were among the hardest hit by the pandemic.

The drivers were left in misery when transport authorities suspended jeepneys and buses in March 2020 due to the Covid-19 pandemic. The ban was only lifted on November 4. The drivers were given up to 20,000 pesos or 400 US dollars in aid with a 5,000-peso handout and interest-free loans of up to 15,000 pesos payable in 12 months. A jeepney driver wearing a face mask and a placard reading ‘Sir/mam, asking for help, we are jeepney drivers’ receives alms from a motorist on a road in Manila on Aug 6, 2020. (Photo: AFP)

A jeepney driver said that many of them are still living hand-to-mouth and they have nothing to feed their children when they do not work. Many of them are debt-ridden as they were jobless for more than a year.

Transport authorities have reportedly started distributing fuel subsidies worth one billion pesos  equivalent to 20 million US dollars to more than 136,000 jeepney drivers.

This Wednesday, Sri Lanka’s High Court began the much-awaited trial of 25 men accused of plotting the 2019 Easter Sunday terror attack. However, Cardinal Malcolm Ranjith of Colombo has repeated his demand for further investigations to reveal a suspected larger plot behind the atrocity.

The prelate said the Catholic community wants to know the “real culprits” behind the bombings and alleged there are attempts to cover up the crime. Cardinal Ranjith and the Catholic community have been vocal about finding justice for victims and repeatedly called for revealing the truth while rejecting the findings of several probes. The damaged interior of St. Sebastian’s Church after the Easter Sunday bombings in 2019. (Photo: Facebook)

A local Islamist extremist group, National Thowheed Jamath, was accused of conducting the suicide attacks on three churches and four hotels on Easter Sunday in 2019 that left 269 people dead and over 500 injured.

Christmas candle ideas — how to style like the pros

Christmas candle ideas — how to style like the pros